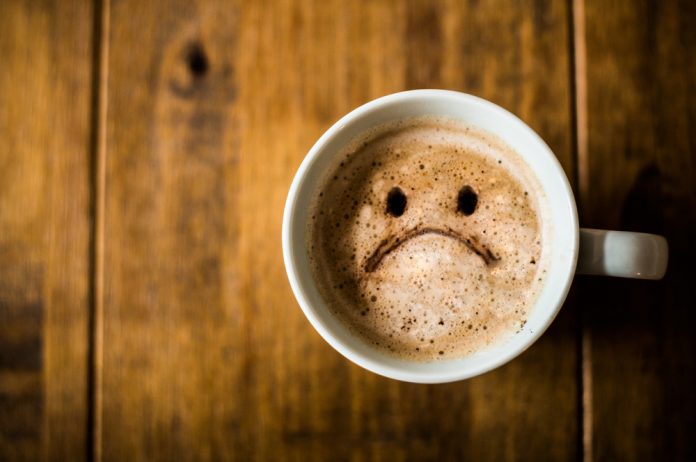 Coffee is an endearing drink to the masses. It not only provides an accelerated start to the day, but also gives you just enough energy to get through it.

Many coffee addicts find their days unnecessarily long and unrelated without coffee, while others use coffee as means to flip their mundane day into something more meaningful or fun.

For many, coffee has become a primary source of caffeine, even for kids, as young as twelve consume coffee to fulfill their caffeine requirements. The reasons can be traced back to increase in awareness, harmful effects of sodas etc.

Despite many intensive critique and bad press, scientists and researchers have established that coffee is indeed good for health and as a matter of fact, regular consumption of coffee might help you get away from liver cancer, diabetes and several other diseases.

It was formed that the amount of anti-oxidants found in coffee is much more than other items, therefore these anti-oxidants help protect against such diseases.

In light of this, many argue that coffee consumption must be encouraged. While they encourage the consumption of coffee, they undermine the reasons behind its bad press in the first place.

Naturally, every item of commodity has side effects, if not monitored properly. Similarly if coffee is over-consumed, it can lead to hazardous health issues.

Coffee shouldn’t be the primary item of consumption in the morning. Drinking coffee on an empty stomach leads to hydrochloric acid production.

Why is this problematic?

HCL should only be produced while digesting larger meals, whereas whenever coffee is consumed, HCL is produced. This continuous production of HCL will leave less acid for the digestion of the larger meals, hence leading to health problems such as IBS, bloating, gas and in some rare and severe cases, colon cancer.

Therefore, one must consume something before consuming coffee or at least have side snack with coffee.

Ulcer, IBS and acidity are primarily caused because of some chemicals present in the coffee beans. The over-consumption of the coffee helps these chemicals accumulate which disfigures the lining of the small intestines.

Existing patients suffering from IBS, ulcers and acidity are highly advised against the consumption of the coffee as it makes the condition of the patient worse. The misaligned small intestines can lead to spasms, cramps and cases of diarrhea.

It is believed that in our day-to-day life we are exposed to acrylamide through smoking, secondhand smoke, some household items and personal care products. In 2002, scientists also discovered this chemical compound in a variety of foods, including coffee and baked goods.

Studies have shown that acrylamide causes cancer in animals, when eaten in very high doses. Unfortunately, there are only a few human studies on the safety of acrylamide in foods, and the results have been very inconsistent.

Here, it must be mentioned that although coffee is known to produce this chemical, many researches have found no direct relationship between coffee and any type of cancer.

Coffee has the ability to relax the lower esophageal sphincter, which should remain tightly closed. The relaxation of this muscle allows food to go back in the esophagus, with HCL, and burn its delicate lining.

Although other drinks with caffeine, such as cola are known to cause this problem of heartburn, it is coffee which is the major cause of this problem, since the level of caffeine is the highest in coffee.

This is due to the way coffee affects iron absorption. Minerals such magnesium and zinc fail to stay in the body. All these minerals are paramount for health, however the loss of magnesium is the most worrisome as it is an important mineral which maintains bowel regularity.

Over consumption of coffee also leads to stress as it promotes the release of stress hormones and norepinephrine. All these increase body’s blood pressure, tension levels and heart rate.

Many people are heavily addicted to coffee. They see it as a source of energy, which is true to a certain point.

What these heavy drinkers fail to realize are the negative consequences coffee comes with. Instead of being a source to relax and generate energy, coffee becomes dangerous for them, causing chronic hazardous health problems.

Coffee may not be bad for health. Over-consumption of coffee can prove to be dangerous for health.

Over-consumption of any utility can prove to be hazardous.

As mentioned earlier, coffee can prove to be a powerful remedy against several diseases such diabetes and liver cancer, as well as it can lift one’s mood.

Moderate consumption of coffee can make your mood lighter and better.

Coffee, like all other drinks and commodities, should be utilized and enjoyed. We can control these side effects with the amount of coffee we consume.