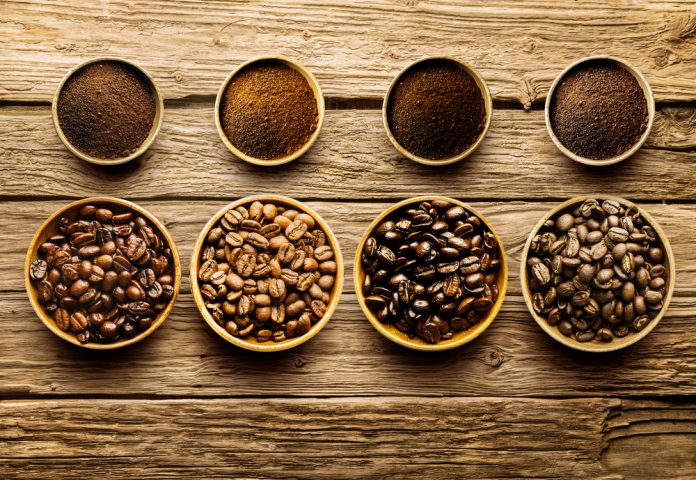 Not many of us actually know where coffee comes from and with what kinds of beans our coffee blend is made up of.

Coffea Arabica is the oldest plant which is also called “mountain coffee”. It is believed to be the first plant of coffee to be cultivated and produces best grown coffee.

Ethiopia is considered as the birthplace of this plant. However, it was first commercially cultivated at Yemen. It is mostly grown in Latin America. This plant is grown at higher altitudes and is more costly to grow.

Africa and Indonesia are the places where Coffea Canephora plant is dominantly grown. This plant was marketed in the early 20th century.

Talking about the types of coffee beans, they differ in their tastes, color, price, size and shape, all depending on the region in which they were grown in.

The biggest distinction lies in the variety of these beans, but there are only two that matter, the Coffee Arabica beans and the Coffee Robusta beans.

The Coffea Arabica plant is found in many parts of the world and as much as Seventy percent of all the coffee beverages are made from the beans of Coffea Arabica.

Beans plucked from Arabica plant are harder than beans of Robusta and are more vulnerable to diseases and environment. These beans are comparatively less bitter in taste, softer, sweeter, and less acidic in nature and have less caffeine content.

All these characteristics make this type of beans, expensive and most preferred choice of coffee lovers.

The flavor of coffee is different for different regions growing this bean. There are many varieties that originate from the same Arabica bean. Some of the most famous Arabica coffees are as follows:

Mocha is Yemeni coffee that used to be traded through the port known as Mocha. It is thought to be the first ever coffee blended.

Java coffee comes from the island Java, Indonesia. Java was so popular once that Java became slang for coffee.

This coffee, as the name suggests, comes from the region known as Harrar in Ethiopia.

The Colombian Milds coffee comes from the regions of Colombia, Tanzania, and Kenya. Colombia alone produces almost twelve percent of the world’s coffee, being the second largest producer in the World.

It is the coffee produced in Kenya with AA being rating from Kenya’s internal auction system. This coffee is known to have an acidic flavor in the coffee enthusiasts.

It is the coffee grown in Kona District near the slopes of Hualalai on the island of Hawaii, hence the name Hawaiian Kona.

This is the coffee grown in Tanzania on Mount Kilimanjaro.

Sulawesi Toraja Kalossi is the coffee that is grown on the island called Sulawesi of Indonesia. Kalossi name comes from a small town in Sulawesi. This town is the main collection point for this type of the coffee while Toraja is the area where this coffee is mostly grown. This coffee is perfect for darker roasting. While the roast might be relatively uneven as compared to other varieties due to the semi-dry processing of the beans, the flavor still is popular among coffee lovers.

These are generally cultivated in Asia and can be grown at lower altitudes and there are only a few climatic limitations for these types of beans to grow, making Robusta coffee beans to be considered of inferior quality and thus they are sold at lower price than Arabica beans.

The Robusta coffee beans have a less pleasant flavor but still they are not considered bad in taste. Most mass market commercial beans are of this variety and these beans make some of the best espressos due to their deep taste and rich aroma.

In order to improve the taste and balance, coffees of different flavors are blended. One of the most popular and traditional blends of coffee flavors is Mocha-Java blend.

Some blends are extremely popular and are in demand that they cost much more than the pure flavors and other blends. Examples of such blends include Hawaiian Kona and Jamaican Blue Mountain.