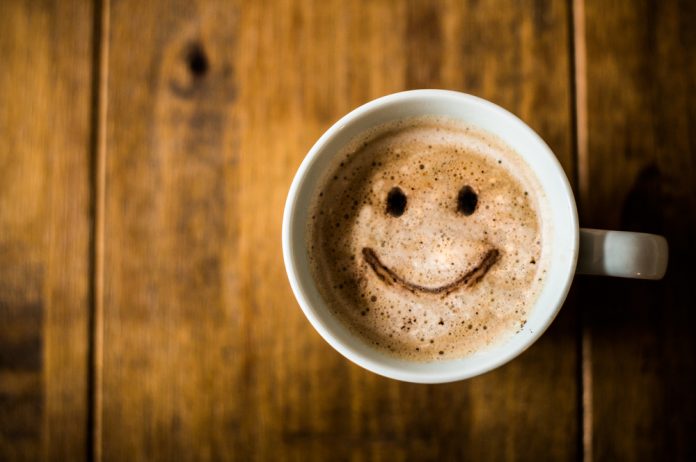 Coffee is probably one of the healthiest beverages around.

On the way to office or college, the thing mostly carried by people is a cup of coffee. Used as a starter to freshen us up from the laziness of whole night, it has a great importance in our lives.

Throughout the world billions of people enjoy the consumption of coffee and it is potentially one of the most extensively researched beverages.

In the past years, scientists have studied the potential effects of coffee on different health aspects and their findings are amazing.

Coffee is loaded with beneficial nutrients and antioxidants, and it can prove to be very healthy.

Following are some of the benefits of drinking coffee.

Coffee is just not the beverage that keeps you warm and charged up for a long time, it also is full of a decent amount of nutrition and vitamins.

Its consumption is enjoyed by billions of consumers throughout the world and it is one of those beverages which is extensively researched.

However, despite of much research done on coffee, many people have this misconception that consuming coffee is bad for health but it is proved in several studies that coffee entails a list of health benefits due to its nutritional value.

Let us explore what is behind the rich aroma of coffee.

There are 2 calories in a mug of coffee (with no sugar and cream).

Calorie breakdown in a cup of coffee is somewhat like: 20% carbohydrates, 58% protein and 22% fat. This makes it a healthy choice for weight-watchers.

The nutrition of coffee not only keeps you mentally alert but also maintains a healthy immune system.

In addition to that, it contains 116mg potassium and 7mg of manganese, 5 mg of calcium, 7mg of phosphorus and 0.5mg of zinc.

Coffee is considered as the greatest source of antioxidants. Many western consumers obtain more antioxidants from coffee than any other fruit or vegetable. 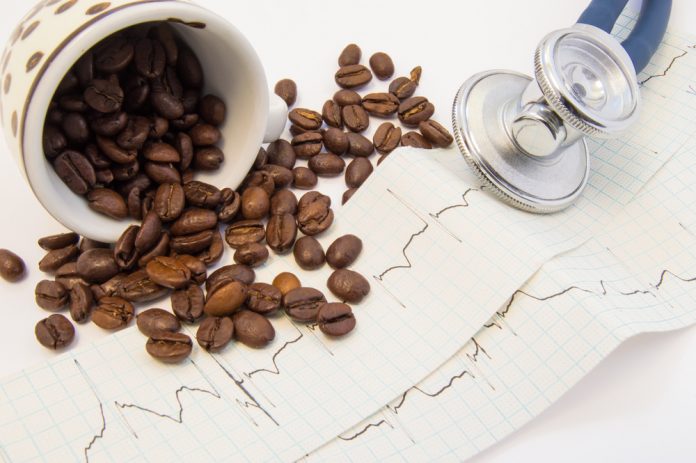 Coffee is probably the most popular beverage these days. It has been shown in studies that despite of the caffeine content, coffee has astonishing effects on the health of the consumers.

Following are some of the coffee health benefits:

When coffee’s nutritional facts are compared with any other energy drinks, coffee takes the lead. It has less amount of caffeine than most energy drinks and is far low in chemical additives.

Moreover, it is found that coffee fights against type II diabetes. A study conducted in 2005 showed that out of 193,000 people, the ones who drank coffee more that 6 or 7 times daily were say 35% less immune to type II diabetes.

This is because of the antioxidants present in the coffee. The antioxidants which are found in coffee are Plant Phenols. Researchers say that these antioxidants not only fight the tissue damage caused to various parts of the body but also protects from cancer and other cardiovascular diseases.

Coffee also contains chromium and magnesium which helps the body in managing insulin production. However drinking decaffeinated coffee would not yield same results.

Coffee can be good for your teeth as well. Coffee contains compounds called polyphenols that actually fight against certain bacteria which cause dental cavities.

Another addition to the list of nutritional facts of coffee is the presence of N-methyl-pyridinium formate. It has been shown by the researchers that this formate actually decreases viral replication and prevents us from catching viruses.

Lowers the Risk of Some Diseases

A latest study conducted by Harvard School of Public Health has shown that people who regularly drank coffee had a lower risk of death due to cardiovascular disease than those who rarely drank coffee.

In addition to that, caffeine present in coffee also prevents from developing Parkinson’s disease and Alzheimer’s disease.

Prevents the Growth of Tumor

It has been proven through research that coffee affects our performance significantly due to the caffeine present in it. Caffeine does not make us feel like we are working hard when we actually are.

Trocopherols contain Vitamin E. Their function is just like the function of antioxidants. Besides protecting cells from the damage caused by free radicals, Trocopherols present in coffee are good for skin and ocular health as well.

Some More Advantages of Coffee 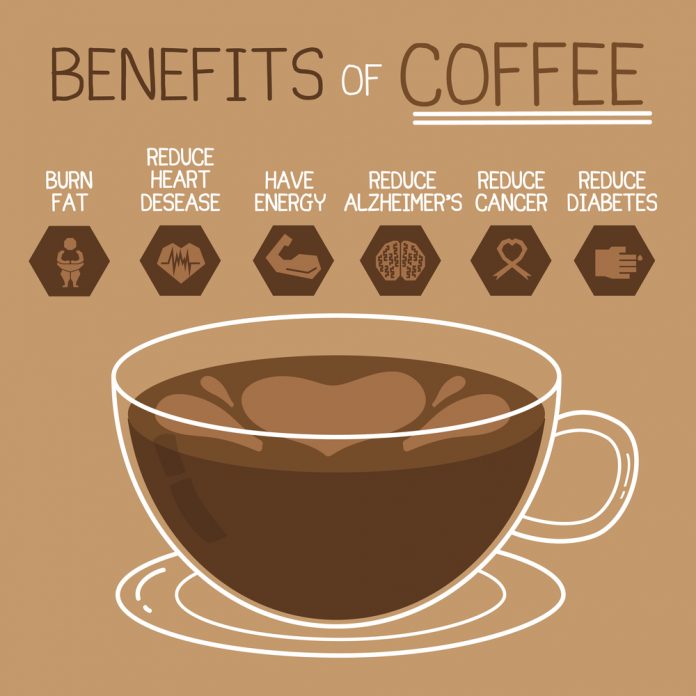 Aside from the nutritional benefits and preventing some diseases, there are other advantages of drinking coffee as well;

Obesity or increased weight is spreading at a high pace. About one-third of U.S adults are obese. This in turn leads the person to diseases like Type II diabetes, stroke and certain types of cancer.

These risks have made people concerned about their BMI. People are encouraged to lose their weight either by exercise or by diet.

Coffee and weight loss have a strong relationship among them as coffee is an important component of diet in many countries. Coffee has a contribution in weight loss, either by suppressing appetite or by actually decreasing the weight.

It has been shown by studies that drinking coffee actually helps in losing weight as it suppresses the appetite. Due to this characteristic of coffee, it is recommended to have a cup of coffee after dinner each night. This would help in reducing cravings for another meal or snacks before going to sleep.

It may also induce thermo genesis in the body which helps in calorie burning. Even though coffee is not a substitute of food but it often makes a person feel full and not eat much.

It also moves free fatty acids which can be oxidized during exercises. Being a powerful antioxidant, it helps the recovery from workout and makes the immune system healthy. It relieves muscle pain and dull joints.

The reason behind this coffee and weight loss relationship is because of its major content, caffeine. Caffeine is a drug which apart from a lot of benefits is also addictive on excess and prolonged usage.

Coffee might not be famous for this quality, but weight loss coffee benefits are exceedingly well. Caffeine, being a central nervous system stimulant, sends signals to the fat cells, instructing them to break down which in turns reduces weight.

Coffee and weight loss relationship’s strength can be judged by the fact that it has been used for decades as a weight loss aid in diet pills. Caffeine allows a person to exercise more and harder.

It has been seen recently, that if the person who is on diet consumes more caffeine, they would have more energy to burn more calories than they would normally burn.

How many calories a person burns when at rest is known as Resting Metabolic Rate (RMR). The higher the rate, the better it is for a person to lose weight and eat more without gaining extra pounds.

It has been proved by a study that coffee increases metabolism rate.

The caffeine content present in the coffee increases metabolism rate by 3-11%. However, if the dose becomes large, the effect will also be much bigger.

Increasing consumption of caffeine jacks up the process of lipolysis. It is the process when a body discharges free fatty acids into the blood. It happens when the body starts to break down fats. This is the time when the role of caffeine comes into play and it aids in metabolism which in turn helps in weight loss.

It is suggested to have a cup of black coffee early in the morning on an empty stomach to get the best results. However, it is recommended to consume coffee in moderate amount.

It is true that coffee boosts a body’s metabolism rate which in turn loses weight, but it is not suggested to add lots of sugar and cream to your cup of coffee. By adding these sweeteners a person would gain extra pounds instead of losing them. But if you have a sweet tooth and you seek sweetness in coffee too, add skim milk or sugar free sweeteners. 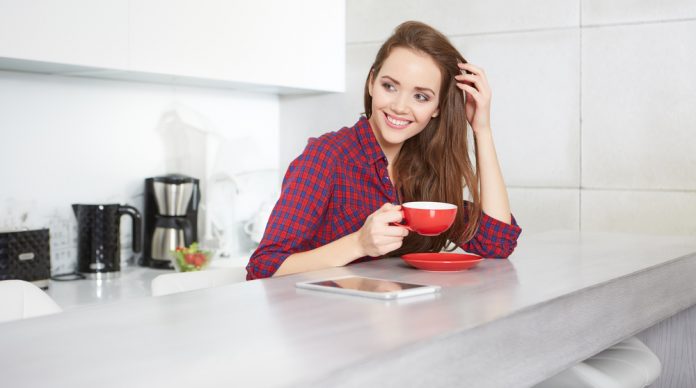 Some rules to drink coffee in much healthy way are suggested here:

Overall, it is concluded that there are few risks involved in consuming coffee though but its benefits outweigh these risks.

Coffee beans are packed with nutrition. From increasing the cognitive thinking to lowering the risk of cancer, coffee is a beverage that provides you with numerous health benefits and consuming coffee (hot or cold) in moderation and without sugar and cream actually contributes to a balanced and healthy diet.